Let’s investigate the PPP for your future pension.

I have a referral arrangement with INTEGRIS Pension Management Corp. to introduce you to the great benefits of a PPP®. So, what is a Person Pension Plan and why was it created? I have learned in life we all have limited knowledge or expertise generally to a few areas. So, we need to seek out other integral professionals or experts in fields that can help and enhance our lives. I had the privilege to meet and hear JP (Jean Pierre) Laporte (one such expert) speak at two events about the PPP® in the past and I saw the incredible benefits of what he created. JP and his team are passionate about helping you set up and remain compliant with CRA for your own private pension plan.

JP is a pension lawyer who has worked with some of the largest law firms in Canada. JP is also recognized as one of the top pension lawyers in Canada. JP and his team built the PPP® to create the most advanced pension structure for incorporated business owners, professions, franchises owners, which has significant benefits over RRSP’s and IPP’s. The plan has over an 8-year track record in Canada and has been approved by the CRA as a legal and viable pension structure.

JP and his team have helped set up and steward the PPP® for hundreds of business owners who want to build a significant pension for their later years. Here is a simple two-page overview of the Private Pension Plan and why you may want to consider having one for yourself or your family business.

If you would like a more detailed illustration, I can have the INTEGRIS team create one for you and your accountant that will be more accurate to your personal situation. 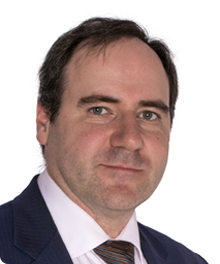 Jean-Pierre founded INTEGRIS Pension Management with the intent of providing better solutions for investors looking to minimize taxes while protecting their assets. He worked over the past decade as a pension lawyer for a number of prestigious firms in Toronto such as Osler, Hoskin & Harcourt LLP, Bennett Jones LLP, and Fasken Martineau LLP. He has dedicated himself to improving pension legislation and is often called as an expert witness on pension matters before the House of Commons Standing Committee on Finance. He has written a number of seminal articles on pension reform, most notably, on expanding the Canada Pension Plan. He was educated at the University of Toronto, Osgoode Hall Law School, and the Institut d’Etudes Politiques de Paris.

In recognition of his various contributions to the development of new forms of retirement savings plans, Jean-Pierre was awarded the Queen Elizabeth II, Diamond Jubilee Medal, in October 2012.

One final important point, I have partnered on a referral agreement with Accilent Capital Management Inc. and Mark Taucar (CFA) would actively manage your pension as a top-notch discretionary portfolio manager who has a great track record of over 20 years. Mark and his team would actively manage the portfolio and they use sophisticated tools, their expertise, and hedging strategies to manage risk.

Here are some important benefits for you to consider:

Want to learn more about PPP?

Thank You For Joining